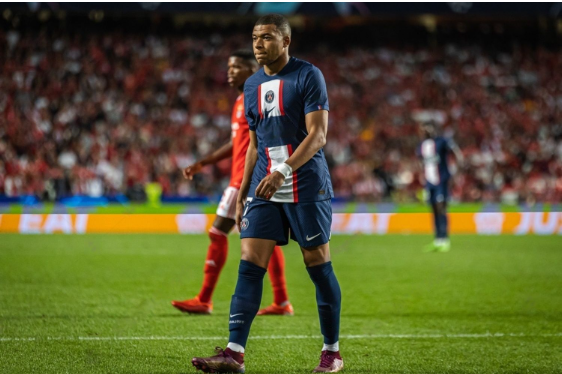 Today, a face-off between France and Tunisia will be played on November 30, 2022, at Education City Stadium, Ar Rayyan, for the FIFA World Cup 2022.

Although France has arbitrarily qualified for the knockout stages, they will look forward to thrashing Tunisia and keeping their FIFA World Cup 2022 momentum going. Didier Deschamps, France’s coach, has left a hint that he will make some changes for today’s game.

Kylian Mbappe, a renowned French footballer, is one of the best players in the world for his dribbling skills and exceptional speed. Sadly, he might not play in today’s match against Tunisia at 15:00 GMT in the Education City Stadium, Ar Rayyan. France is in the limelight for showing its potential and having a skilled team. Mbappe, on the other hand, delivered an outstanding performance and scored twice as France advanced to the round of 16.

Place a bet and learn more about your favorite team on the best FIFA betting sites.

Deschamps stated in one of the press reports about their upcoming match against Tunisia that he is unsure whether Mbappe will play or not. The coach assured the team that, despite any changes, they are more focused on victory and do not want to leave any room for the opponents to score with the margin.

Asking about Kylian Mbappe’s injury, Deschamps clarified to the media that although Mbappe is physically fit, that does not mean he should appear in all the matches. He added that Kylian is an integral part of the team and has the potential to seal the victory for their side, but chances can be given to someone else to start the game. Undoubtedly, all the players want to play the match, but it is impossible for all to appear as they have to consider many factors.

Undoubtedly, 23-year-old Kylian Mbappe is a star player and will definitely shine if he plays, but Deschamps stressed that Mbappe is a team player and is now focused on the greater picture.

While Deschamps can make changes in his team, the opponent’s coach, Jalel Kadri, may retire from his job. He might have a few hours left. When asked about the pledge, Kadri said he would give all the answers after today’s match. He is more focused on today’s match, and the team is looking forward to the outcome of the match. However, many experts predicted that Tunisia might take an early exit from the FIFA World Cup 2022 after this loss.

Speaking on their play against Australia on Saturday, Kadri acknowledged that they had made tactical errors that had dropped them to the bottom of the group stage. He reassured the players that nothing is impossible and that they still have a chance to defeat France by a larger margin. Even though France has a strong chance of advancing to the round of 16, Tunisia’s midfielder Aurelien Tchouameni anticipates a tough battle and says his team will exert every effort to get the best possible outcome.